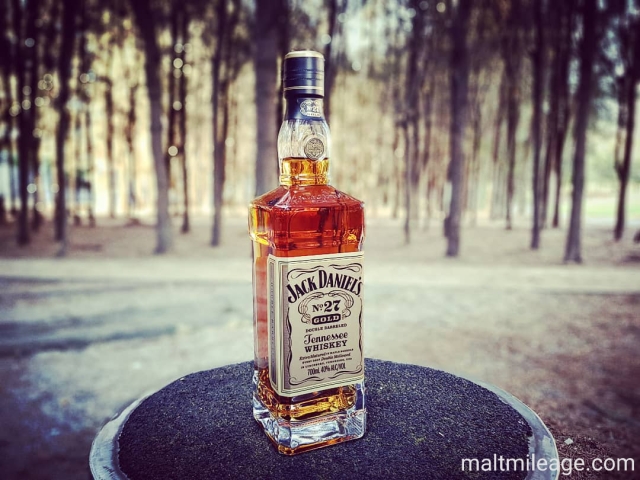 The story of Jack Daniel’s started in 1864 when Jasper Newton (“Jack”) Daniel began making a charcoal filtered whiskey which was simply referred to as “Old No. 7”. It took about a century for Old No. 7 to start making its mark on the world stage from the 1960s, with ingenious marketing taking advantage of the global obsession with American rock n’ roll, blues and punk rock to create demand for authentically American Tennessee whiskey. In the late 1980s the distillery started to expand its range, introducing the twice filtered Gentleman Jack and then in the 1990s the first bottles of Single Barrel Select were drawn from their barrels, all under the watch of Master Distiller Jimmy Bedford. Jeff Arnett took the reigns as Master Distiller in 2007, and what followed was the introduction of several new Jack Daniel’s whiskies – Tennessee Honey in 2011 (my wife’s absolute favourite whiskey), Single Barrel Rye in 2015 (which was the distillery’s first new mash recipe since old No. 7), the cinnamon flavoured Tennessee Fire in 2015 and Tennessee Rye in 2017. Limited edition Jack Daniel’s whiskies are also released, from the Sinatra Select (one of my personal favourite whiskies) to the currently available No. 27 Gold which is being reviewed in this post.

To make No. 27, Jack Daniel’s say that they follow the same standards as Old No. 7. Old No. 7 is made using a mash bill of 80% corn, 12% barley and 8% rye. The clear un-aged distillate is then filtered through 10 feet of hard sugar maple charcoal in a process called the “Lincoln County Process” which lasts 3-5 days. Jack Daniel’s distillate is then aged in new charred oak barrels, where it develops colour, aroma and flavour that transform it into aged whiskey.

So, what is the difference between Old No. 7 and No. 27? The simple answer is that No. 27 is barrelled twice and filtered twice – No. 27 is aged in oak barrels and then “finished” in maple barrels, and, it is also charcoal mellowed twice.

No. 27 is subtle, soft, intricate and clean. The high corn content gives sweetness, the low rye content gives a hint of spice, and the double charcoal mellowing seems to tone down some of the heavier more oily flavours and lighten the mouth-feel to allow the maple wood’s soft sweet flavours to shine. The nose is fragrant with honeycomb, mild grain, licorice, orange peel, apple, mint and lolly shop sweetness – its as perfect as one could hope for. The whiskey’s flavour tastes of bitter orange marmalade, candied citrus peel, dried apricot, cocoa and soft wood char, and there’s more noticeable wood influence on the palate than on the nose, with wood spice, dense rich caramel, and a maple twist. The finish is long and mildly sweet, with dried fruit, prickly wood spices and hints of spicy rye. After a few glasses, the whiskey tastes like buttery liquid caramel and I quickly realise this is a “throw the cork in the fire” kind of whiskey.

The feature of this whiskey which really stands out is its extra maturation in maple wood barrels, which seems to give the whiskey a distinct and subtly sweet flavour. While those wanting a clean double filtered Jack Daniel’s can simply opt for Gentleman Jack, the No. 27 Gold offers an added layer of sweet maple wood loveliness. 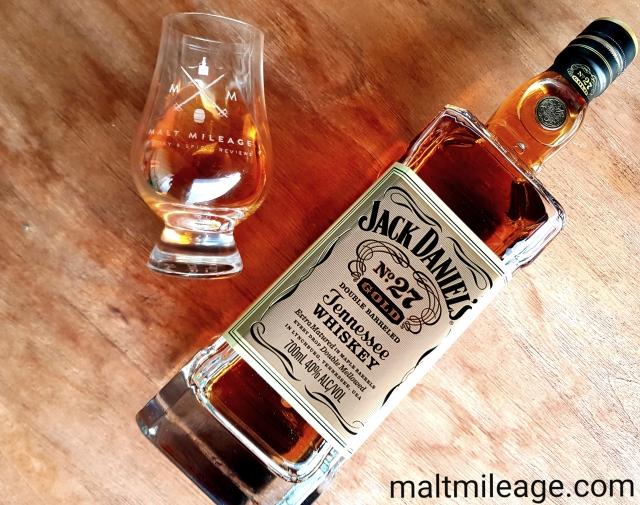 This entry was posted in AMERICAN WHISKEY. Bookmark the permalink.