Diamond Crown produce a number of  cigars, many of which carry Romanesque names; including “Maximus” and “Julius Caeser” among them. In this post I review the exceptional, and at first blush misspelled, Diamond Crown “Julius Caeser” (the Roman Emperor and General is “Julius Caesar”, with an “a”). However, despite initial assumptions, this cigar does not seem to honour the Roman emperor Julius Caesar. The cigar was launched on the 115th anniversary of the JC Newman Cigar Company (which produces Diamond Crown) and the 135th anniversary of the birthday of its founder – Julius Caeser Newman, with an “e”!  So, it looks like the product is correctly spelled after all. Phew. 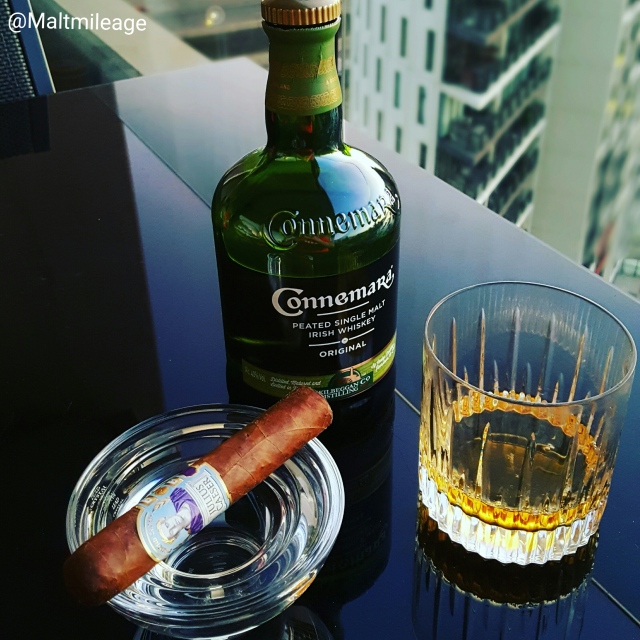 The Diamond Crown Julius Caesar robusto is about 12 centimeters in length and has a ring gauge (or diameter) of about 2 centimeters, and is rolled by the Fuente family. It is made up of robusto tobaccos from the Dominican Republic, and wrapped in a nice veiny natural Ecuadorian Havana seed wrapper which errs towards a darker shade of brown on the spectrum of natural wrappers. 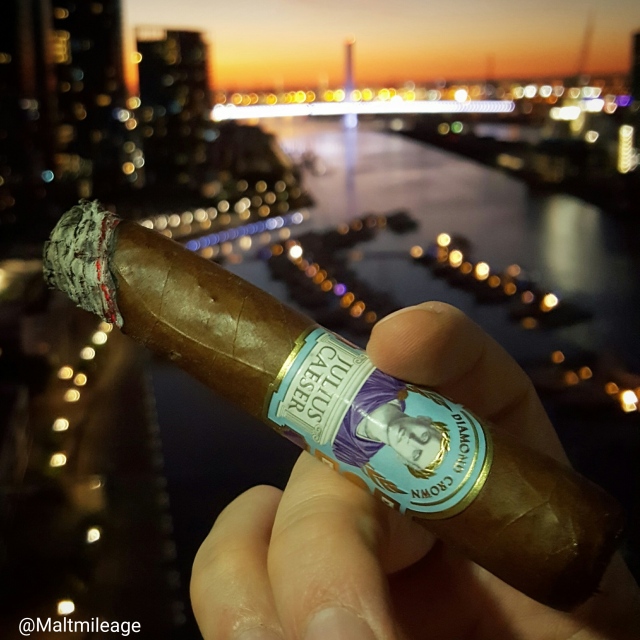 With each puff of this cigar, a thin oily film coats my palate. There is rich earthy cocoa and coffee with wood spice interwoven with cedar and sweet smoke. It is mildly earthy and resinous, with dry mud, bark and bitter red chicory. The smoke is abundant and dense, and while the burn of campfire and burning grass features in the taste there is no semblance of harshness. With more smoking, roasted nuts develop (especially roasted hazelnuts) with rosemary and vegetal dark kale. This cigar is a medium-full flavoured delight, impeccably balanced and offers lots of depth.

Try it with a peaty single malt whisk(e)y, such as a Connemara Peated Irish whiskey or a Benromach 10 year old Scotch whisky. You just might hear the angels trumpeting. I sure did. In hindsight, that might have been the whiskey…