On 30 August 2014 The Whisky Show Melbourne was held at the Stamford Plaza at 111 Little Collins Street Melbourne. On entering the venue we were ushered up the stairs to the reception area of The Whisky Show where we each received a “show bag” with a crystal Glencairn glass and a food pack containing a sandwich, red rock deli chips (or crisps, for my friends in the northern hemisphere), a bottle of water and some other nibbles. We then we made our way to taste some whisky!

There was a great selection of whiskies on offer that I felt pushed the boundaries, because on tasting were some highly sought-after expressions that are not easily found on the corner bottle shop – the Springbank and Kavalan range, and, Glenfarclas 30 year old, Sullivan’s Cove French Oak and a Benromach 1968 vintage come to mind. The number of brands on offer was not huge (a full list is produced below), but when tasting those on offer I had the opportunity to taste some elusive and delicious drams while chatting with extremely knowledgeable brand ambassadors and staff. That made for a very enjoyable night. 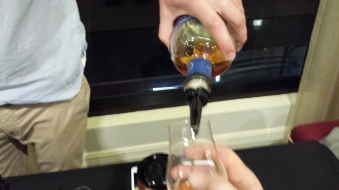 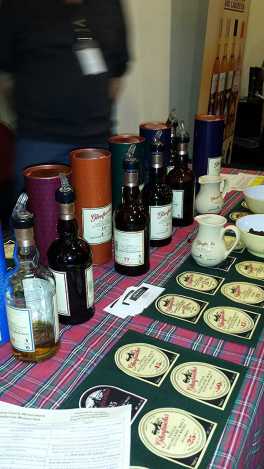 While the whisky on offer and staff knowledge about those whiskies was impressive, there a few issues I think The Whisky Show needs to address for future events. The venue became a little claustrophobic and hot after an hour or two, possibly because of its low ceilings and the fact it was split into two rooms, which made it a little uncomfortable and impacted negatively the aesthetics of the event. It also “seemed” crowded, but I tasted the whiskies I wanted to taste without much hassles by returning to the popular stands later in the evening. The “show bags” provided were a nice touch, but they had to be carried by hand and did not have loops long enough to be carried over the shoulder – this meant that our hands were occupied carrying bags rather than tasting whisky. On reflection, I think the food packs were good in the sense that everyone got an equal amount of food but they were bad in the sense that finger foods and catering seems like a much more enjoyable and convenient way to eat at a whisky fair (besides, I really felt like a hot pie to go with that free flow of booze!).

Talking about things to go with booze, there was the opportunity to buy cigars and taste liqueur ice cream topped with Hellyer’s Road Cream Liqueur, and, Arran Gold Liqueur cheesecake. The ice cream and cheesecake were absolutely delicious, but the cigar stand left me a shaking my head at what I felt was a shameless display of profiteering at the expense of many people who were none the wiser – the person selling cigars was alleging that her cigars were a bargain at their price and much cheaper than the “shops” (she even quoted the prices these “shops” sold her cigars at). No they weren’t. They were a rip off, and a simple search on the website of a trusted Melbourne cigar supplier (and an online Australian supplier) confirmed it. I could get the same cigars for cheaper down the road or even better online from an Australian supplier. It all just makes me want to passionately swear in Spanish and smoke a Cuban, dammit.

Anyway, back to The Whisky Show.  Overall, The Whisky Show’s first foray into Melbourne seemed to be a success – the whisky was flowing, there were expressions on tasting that are not easily found on a trip to the bottle shop, the people pouring the whisky were very knowledgeable about the whisky they were pouring, and, most importantly, it was great fun. In future I would love to see The Whisky Show occupy a more spacious venue with higher ceilings, and, I hope it considers complimenting the food packs with some hot finger food. Some more whiskies wouldn’t go astray, and some cigars that actually are good value!

Brands World of Whisky says were exhibited at The Whisky Show in Melbourne included:

4 thoughts on “The Whisky Show, Melbourne”