Sullivans Cove is a famous Australian whisky distillery, boasting a number of awards including one of its expressions being named the Southern Hemisphere’s Whisky of the Year in Jim Murray’s Whisky Bible 2013. Congratulations Sullivan’s Cove! This is fantastic news for an Australian distillery.

I am expecting to taste Sullivan’s Cove from a different cask to the ones below, so stay tuned for a review on that! This expression may be different, and this is what happens with single cask whiskies.

As promised I returned to this post after I finished the samples. While I maintain my view on the French Oak and the American Oak, the Double Cask came out of its shell and I was very impressed. Pity it is only 40% alcohol volume! It just seems like a toothless tiger at times.

It is important to remember that Sullivan’s Cove produces single cask whisky, and this means that each whisky has the character of the cask from which it was taken. 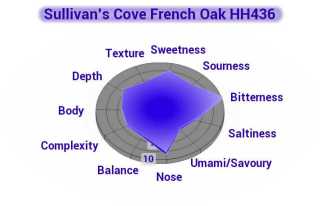 Sullivan’s Cove French Oak (HH436): The nose is light and fresh with oak playing gently with summer fruits, but on the palate a strike of spice comes in a wave of sweetness; a sweetness that causes tends to overpower. Unbalanced toward the sweet side and very much to the bitter side in my view. ★★★ 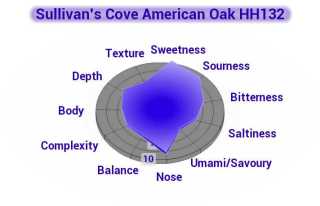 Sullivan’s Cove American Oak (HH132): Another light and sweet nose, with some raspberry and maple drizzled sponge cake. A better balance than the French Oak, though a very light hitter. I was expecting a heavy weight but got a featherweight. Some nice citrus flavours develop on the tongue, but this needs lots of swirling to enjoy. It is also unbalanced towards the sweet side I find, thugh its nose is beautiful. ★★★